Emily Jarvis at the Louvre, Paris

In one of the most famous gallery spaces in the world Emily Jarvis joined her international peers after being accepted by the organisers of ‘Art Shopping’. This was one of the commercial exhibitions held for galleries and artists from around the world to exhibit in the shadow of the great masters works in the Museum.

The work exhibited was from the latest series based on the Himba Tribe of Namibia which has been a consistent theme in the Artists works since her first professional series entitled simply ‘Africa’ in 2009.

Since then, the subject matter has developed spectacularly from the fine but classic portraiture, to a more contemporary narrative. Solitary subjects are depicted against solid coloured backdrops, with curiously placed objects that engage the viewers imagination.

The latest works have been very well received with one piece featured in a Parisian Art Magazine during the exhibition.

The artist will complete the series of several paintings and will exhibit these together in a solo exhibition later this year or early next.

While her portfolio of work and recent series have been very popular the artist continues to take commissions for her clients some of whom have a number of bespoke pieces including wall murals, portraits of horses, and more modern line drawings. 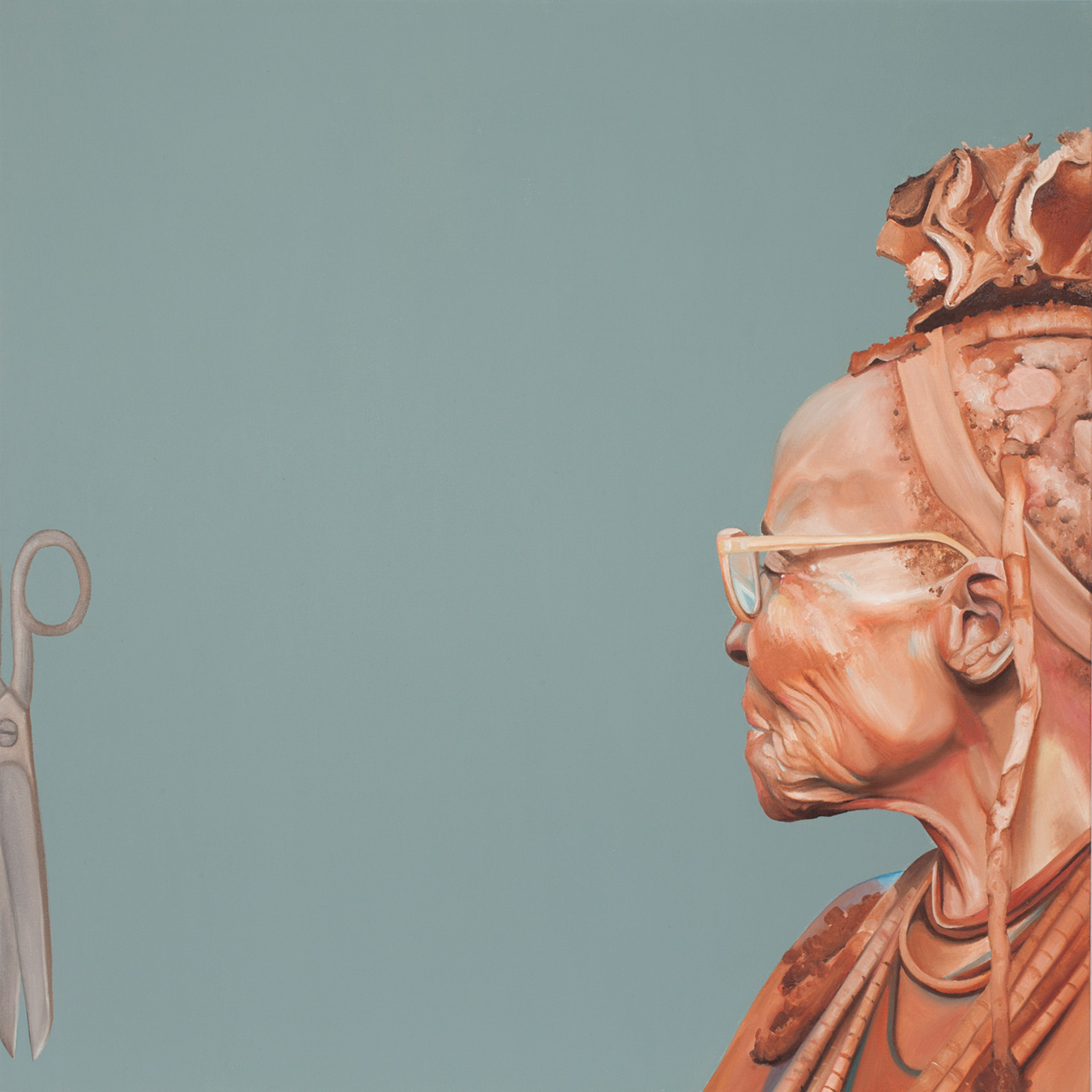